Fentanyl, cocaine and ethanol were found in the rappers system and his death ruled an accident.

This is not the first case of someone passing away due to a mix of cocaine and fentanyl. There have been reports of other passing away from the mix of drugs as suppliers have been mixing fentanyl into batches of other drugs.

The mixture can cause a lethal reaction, especially when the user is unaware of the mixture.

Miller, who’s real name is Malcolm McCormick, died in September at the age of 26. 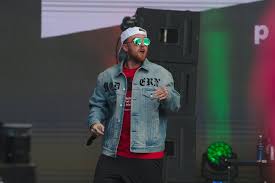