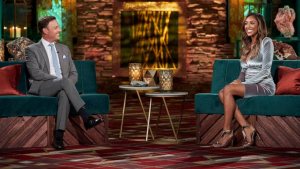 Since 2002, Chris Harrison has been the host of The Bachelor, The Bachelorette, and Bachelor in Paradise on ABC. Now, The Bachelor franchise will have to begin its search for a new host. According to a report from CNN, Harrison will no longer be the host of the hit show or its spin-offs. On June 7th, The Bachelorette premiered on ABC with former bachelorettes Tayshia Adams and Kaitlyn Bristowe taking on the hosting duties. Harrison announced in February that he would be stepping away to “take some time” following the controversy after the last season of The Bachelor. You can read the full story here.